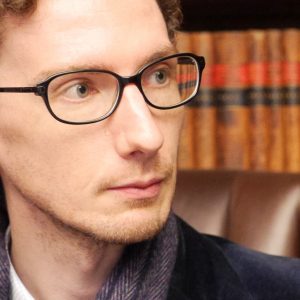 John’s research spans topics across seventeenth-century literature, religion, and politics, particularly during the civil wars and Restoration. He is an expert on the writings of the poet and dramatist John Dryden. He is currently writing a book about ideas of ‘enthusiasm’ in Dryden’s works and is editing, with Andrew McRae, an anthology of succession literature for Manchester University Press.

I think we get a sense that Dryden is trying to work out where this moment of restoration has come from and how different it is for a monarch to be taking power at a moment after a period when there has been no monarchy, when there has been the execution of a king, when a king has fought a war against his own people.

John’s future work includes a new book project about the restoration of Charles II. On being restored to the throne in 1660, Charles immediately backdated the start of his reign to the day of his father’s execution in January 1649. His new book will investigate how this counterfactual narrative of uninterrupted royalist history was created during the period of interregnum.