This is the first lesson of a two-part enquiry, ideally taught in two stages separated by work on the Interregnum, dealing with Cromwell’s actions and the various attempts to establish an effective political system. The enquiry begins by examining the way in which Charles I quite deliberately sought to present himself, though his trial and execution, not merely as the rightful king but as a martyr and asks how effective this portrayal was. The second part contrasts Charles’s tightly managed presentation of his reputation with the more much more ambiguous images of Cromwell that circulated after the latter’s death, asking why his reputation proved so much harder to defend.

This enquiry is directly linked to ‘The Regicide‘ in which Andrew McRae puts forward the claim that it was the battle over how Charles I’s death should be seen – either as the just death of a traitor or as the martyrdom of king – that made the eventual restoration of his son ‘not only thinkable, but to some degree inevitable’. The lesson presented here could be used to set up further work exploring this claim, asking students to consider how much it was Charles’s skilful management of his reputation rather than Cromwell’s actions or the challenges inherent in establishing an alternative political system that meant that the Republic was so short-lived.

This enquiry has been developed for students in Key Stage 3. Strong support is provided in interpreting the visual sources so that students can appreciate the very deliberate construction of the message conveyed by Eikon Basilike and of the difficulties in defending Cromwell’s much more ambiguous position. Because of the focus of the enquiry on Charles and Cromwell’s subsequent reputations, there is scope to use it to develop students’ understanding of historical interpretations, perhaps going on to explore how the reputations of each figure changed over time (and what relationship those interpretations bear to the images in circulation at the time.)  This might make it a useful Key Stage 3 enquiry for developing students’ understanding of how and why historical interpretations differ.

The enquiry can, however, be readily adapted to GCSE for use within the AQA thematic study (Britain, power and the people 1170-present) or the OCR thematic studies (‘Power, democracy and monarchy c.1000-2014’). The images used in the enquiry and discussed in the two films provide powerful examples related to the role of ‘communication’ as a factor affecting political development (AQA) and to the ‘methods of maintaining power’ (OCR), including ‘propaganda, control of information and the role of specific ideas’.

The framing of the question that guides this lesson is based on Andrew McRae’s suggestion in the film ‘The Regicide’ that the last battle of the Civil War was:

the battle to imprint in the minds of British men and women an image of the executed King. Was he a traitor? Was he a martyr? Was he a man anointed to rule by God? Or was he just another mere actor in the game of politics?

You might choose to show a short extract from the beginning of the film as a way of setting up the lesson question. (Obviously, if you intend to use the first activity, inviting the students to suggest the message that the King might seek to convey and how he would do so, then do not show the whole film at this point!)

An alternative approach might be to explain to students that McRae has suggested that even after Charles was brought to trial and condemned to death there was still at least one more battle that he could fight in the civil war and ask them to consider what that battle might have been: what kind of fight was still possible or worthwhile at that point? This should help to remind students of the claims of Charles’s son (then in the Netherlands). While the 19-year old could rely on support from Scotland (he was officially proclaimed King by the Scottish Parliament on 5 February 1649 and was crowned King of the Scots on 1 January 1650) and would seek foreign help in reclaiming the throne of England, success would depend on support from within England – from those who believed his father had been divinely appointed and unlawfully condemned.

It may be appropriate to provide information at this point about Charles’ invasion attempt and defeat at the battle of Worcester in 1651, which is generally regarded as the last battle of the Civil War, but the fact that this attempt failed could also be introduced later as part of the evidence used to assess how effective his father’s final propaganda campaign had been by that point). 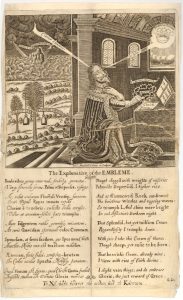 Note: Two of the cards provide information about the struggle to achieve a stable political settlement after the King’s execution. They cannot be used to determine how successful Charles was in establishing his reputation as a martyred king, so you might want to suggest that students have a category ‘Not relevant’ for information that they regard as irrelevant to the focus of the question, but you could return to these cards at the end of the lesson, especially if you are interested in pursuing the question of whether Charles’ skilful promotion of his image made the Restoration inevitable, since they begin to reveal the importance of other factors. Students’ graphs could then be used as the basis to reach and substantiate a judgment about Charles I’s success in this final battle.

The lesson could be used to set up subsequent work on the Interregnum, by focusing specifically on McRae’s response (in the film ‘The Regicide’) to a question about the significance of the regicide:

The wider significance of the regicide depends very much on whether you see Charles as a traitor or a martyr. In answering that question you might want to come back to the whole question of the way in which people, in the years after the regicide, battled over their understanding of what had happened: whether a king had been martyred, whether a traitor had been rightly put to death. And the extent to which that battle was fought in the subsequent years helps us, to some degree to understand how the restoration came to be, not only thinkable, but to some degree almost inevitable.

Asking students how they might judge this claim effectively opens up the question of whether the Republic ultimately failed because of the success of the Royalists in promoting the image of Charles the martyred King, or to other factors. Was it due more to the failures of Cromwell and the other regicides, or to the incompatibility of the different expectations of those who had been radicalised by war? This question could frame subsequent work on the question of why the Republic failed and the monarchy restored.

An alternative (which could be pursued after completing the linked enquiry into Cromwell’s posthumous reputation) would be to explore how well the image of Charles as a martyr has endured. Christine Counsell has outlined ideas and some specific suggestions for activities within a scheme of work in the Historical Association journal, Teaching History, that focuses on C.V. Wedgwood’s (1964) account of his execution and of the reverence that she suggests the King inspired.